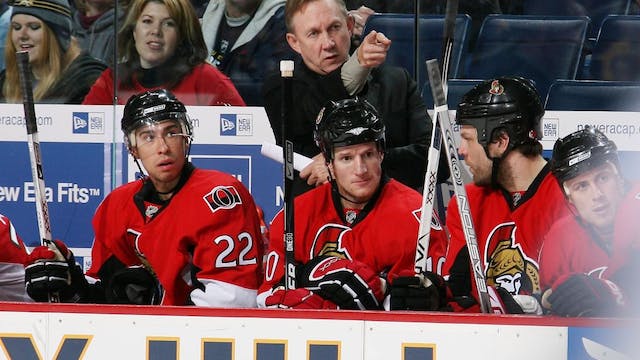 And now, back to your regularly scheduled programming. The NHL is returning to its October-to-April regular season after running January to July last season (so weird), and all 31 teams — plus one newbie — are ready to get the party started.

Over the next six months, each team will play 82 games — 41 at home and 41 away — to rack up points in the official standings: two points for a win, one point for an overtime loss and a big ol’ goose egg for a regulation time loss.

Tampa Bay Lightning: The Stanley Cup has been hanging out in Champa Bay for two straight years, thanks to back-to-back wins from captain Steven Stamkos and the boys. Ahead of both wins, the Lightning entered each season as favorites to take the Cup, and many are already predicting another win. Third time’s the charm?

Colorado Avalanche: Many picked the Avs to win the Cup last year, and despite an early second-round exit from the postseason, the latest odds also have them favored to win it all this year.

Vegas Golden Knights: The biggest question mark in Vegas this season will be goaltending. They traded away star netminder Marc-André Fleury in the offseason, signed former Winnipeg Jet backup Laurent Brossoit, and named Robin Lehner — who’s been making off-ice headlines lately — as their starter. Lots of movement for a Stanley Cup contender.

Toronto Maple Leafs: Sorry Montreal Canadiens fans, but the Leafs are favored to be the top Canadian team again this season…and according to some projections, the second-best team in the league.

Health and wellness: Montreal Canadiens goalie Carey Price is taking some time off to focus on his mental health, Buffalo Sabre Jack Eichel is still fighting for treatment for a herniated disc, and Golden Knight Robin Lehner is trying to use his past experiences to make health and wellness a priority in the league.

COVID-19: With a projected 98% vaccination rate among players, COVID-19 shouldn’t play as much of a role as it did last season. Still, there are a few vocal unvaccinated players who could cause some issues, especially with frequent travel between Canada and the U.S.

New kids on the block: The Seattle Kraken are the first expansion team since the Golden Knights entered the scene in 2017. Vegas’ roster of misfits selected from other teams proved to be powerful right from the start, making the postseason every year of their existence, and even getting to the Stanley Cup Final in their first year. Will Seattle be as good?

Buckle up, it’s going to be a long season. Check out the full schedule here and then get set to watch tonight’s opening game between the Pittsburgh Penguins and Tampa Bay Lightning at 7:30 p.m. ET. We repeat: It’s the best game you can name.