June 16, 2021
FORE! Before we get to tomorrow’s regularly scheduled sports newsletter, here’s a Special Edition all about the U.S. Open, the sequel. Two weeks after the exciting U.S. Women’s Open, the men’s U.S. Open starts today. Come for the golf, stay for the off-course drama.
Sports NewsGolf 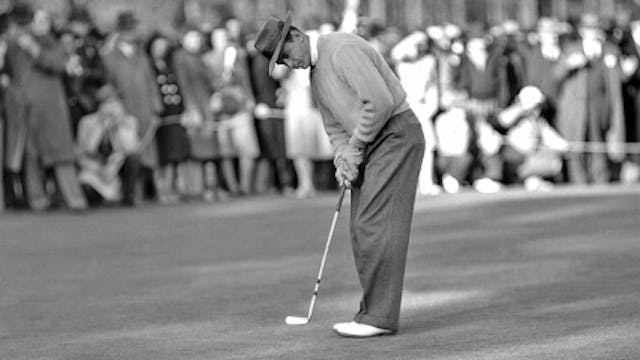 You not only have to be good, but you also have to have two horseshoes up your rear end. You've got to be lucky to win the U.S. Open.

The U.S. Open is the third of four majors in men’s golf, held annually on Father’s Day weekend in June. This is the 121st edition of the event, and unlike the Masters, which is hosted every year at the same course (Augusta National in Georgia), the U.S. Open travels from sea to shining sea, showcasing the most challenging courses in the country.

This year’s tournament will see 156 golfers — including seven amateurs and nine previous winners — vying for a piece of the $12.5-million prize pool, a $2.25-million winner’s check and a shiny trophy.

🥊 The reigning champ...and his biggest rival

🇺🇸Bryson DeChambeau: Usually known for his flat cap and scientific approach to the game, the 2020 winner is making news lately for his un-golf-like public feud with Brooks Koepka (pronounced KEP-kah), which seems to stem from Koepka’s annoyance at DeChambeau’s methodical slow play on the course.

🇺🇸Brooks Koepka: The 2017 and 2018 U.S. Open winner has ridden the press train these days, soaking up the meme-fueled media attention, but has also played pretty well on the course too. He won the Phoenix Open in February and came second at the PGA Championship (also a major) in May.

🏆 The other major winners

🇺🇸Phil Mickelson: The 50-year-old known as “Lefty” shocked the sports world when he won the PGA Championship last month, becoming the oldest major winner in history. The U.S. Open is the only major missing from Mickelson’s trophy case, and having finished as the runner-up six times, it’s very possible he’ll win his first ever this weekend to finally complete the career Grand Slam.

🇯🇵Hideki Matsuyama: The man from Japan inspired a nation earlier this year at the Masters when he became the first Japanese golfer to win a men’s major. Like Phil, the U.S. Open has remained elusive for Matsuyama, and his best finish was second place in 2017. Maybe having a green jacket on his shoulders will help propel him this time?

🇮🇪Shane Lowry: Technically, he’s the reigning British Open (also known simply as The Open) champ, but he actually won in 2019 given last year’s event was canceled. Still, the world’s 40th ranked golfer has been playing great lately, tying for fourth at the PGA Championship and sixth at the Memorial Tournament.

🇪🇸Jon Rahm: The golf gods giveth, and the golf gods taketh away. The Spaniard was on fire at the recent Memorial Tournament, with a six-stroke lead after three rounds. Then, he was told on the 18th green that he had COVID-19 and was forced to withdraw. It was heartbreaking to watch the new dad cry on the course, so we’re hoping this will be a better weekend.

🇺🇸Jordan Spieth: After winning three majors early in his career, Spieth spent the last few years in a lull, but after “reverse engineering” his swing (whatever that means) he broke his drought with a Valero Open win in April and has notched seven top 10 finishes already this season.

🇺🇸Collin Morikawa: With a season to rival Spieth’s, Morikawa has six top 10 finishes this year, including a win at the World Golf Championships, and a runner-up position at the Memorial Tournament. He’s also not new to winning majors, having won last year’s PGA Championship, despite only turning pro just two years ago.

🇬🇧Rory McIlroy: Despite being a four-time major winner (including the 2011 U.S. Open), it’s been an up-and-down few years for the Northern Irishman. He missed the cut at the unofficial fifth major, the Players Championship, in March and at the Masters in April, but won May’s tough Wells Fargo Championship.

If you can’t find your favorite golfer on this week’s leaderboard, it might be because he’s not actually playing. To make the field, the U.S. Open requires players outside of the top 60 to play in qualifiers, and this year, big names like Rickie Fowler and Jason Day didn’t qualify. Better luck next year.

Because it’s a biggie, all the action over the next four days will be broadcast live. Coverage will air on Peacock, NBC and Golf Channel in the U.S. and TSN and Golf Channel in Canada. Tee times will be released today, so check them out here and enjoy the 121st U.S. Open!