Frauds, catfish, and pranksters, oh my! 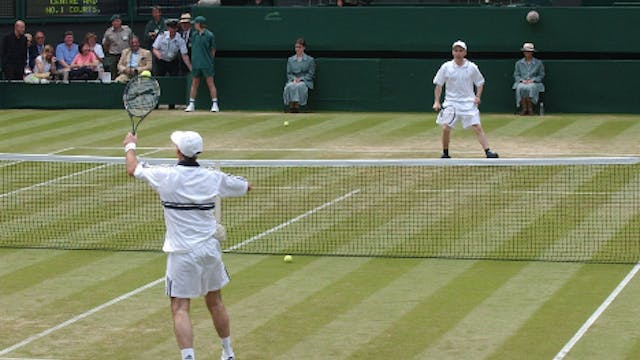 We have a fun one today. Inspired by last week’s bizarre story about a fake high school football team tricking ESPN, we’re looking at some of the weirdest and wildest hoaxes, frauds and dupes in sports history.

Being out at Wimbledon on Centre Court, having the Royal Box clapping, meant a lot to me.

— Karl Power, who isn’t a pro tennis player, talking about his experience after duping his way onto the grass courts of Wimbledon. More on him later.

Last weekend’s GEICO Kickoff Classic was supposed to feature 14 of the best high school football teams in the U.S. But when Bishop Sycamore, a previously unknown school from Columbus, Ohio, took to the field against powerhouse IMG Academy, it was clear that there had been a misunderstanding.

Turns out, Bishop Sycamore is barely a real school. The online-only program is not recognized by the Ohio Department of Education, and the address on the school’s website — which has since been shut down — was for a sports facility in Columbus.

How Bishop Sycamore made it to national television may forever remain a mystery, but they were set to go on to play some of the country’s best teams before it all came crumbling down.

In the fall of 2012, the college football world became enamored with the story of Notre Dame linebacker Manti Te'o. One of the greatest defensive players in college history and a finalist for the Heisman Trophy(college MVP), Te'o played his senior year grief-stricken after his long-distance girlfriend, Lennay Kekua, died that September from leukemia.

Except Kekua never existed. In January 2013, two Deadspin reporters received an anonymous tip that Kekua was fake, and their investigation found that Te'o had been catfished for several years by a man named Ronaiah Tuiasosopo. Sad.

Rosie Ruiz was not the first person to cheat during a marathon, but she was the most notorious. After missing the deadline to enter into the 1979 NYC Marathon, Ruiz was given special entry after falsely claiming she had terminal brain cancer.

For one thing, Ruiz had barely worked up a sweat. Her body type and apparent fitness level seemed uncommon for a top marathon runner. She couldn’t recall significant parts of the race, including her split times or intervals, and other competitors noted they hadn’t seen her on the course.

It takes a special kind of shamelessness to fake a disability, and the Spanish men’s intellectual disability (ID) basketball team hit the shameless motherlode at the 2000 Paralympics. The 12-man team beat Russia in the finals to win gold, but the truth was revealed shortly after the Games ended...by a member of the winning team.

LA Lakers fans discovered they’d been catfished earlier this year when a superfan named Vivian Flores disappeared. Flores built up a reputation on Twitter with her analyses of Lakers games. By the start of this year, she’d amassed over 16k followers, started a Lakers podcast and conducted an online relationship with another well-known fan.

Paris Saint-Germain (PSG) may have some of the biggest namesin soccer now, but in 1970, they unwittingly signed a dentist. Yugoslavian semi-pro player Živko Lukić had played on lower tier teams throughout dental school, but he was never a standout star.

And because it’s hard to learn from others’ mistakes, the English Premier League’s Southampton club made a similar gaffe in 1996 when a former minor leaguer named Ali Dia claimed to be FIFA Player of the Year George Weah’s cousin and convinced club manager Graeme Souness to sign him. Yikes.

And then there’s Karl. A well-known prankster in Manchester, England, Power has made his mark on numerous sporting events. In 2001, dressed in the Manchester United kit, he found his way into the team’s on-field photo before a Champions League match.

In 2002, he stood atop the podium at the F1 British Grand Prixbefore Michael Schumacher could get there, and a few months later he managed to start a quick match at Wimbledon.