May 19, 2020
"It’s important for all young girls to know that it’s normal to want to be an athlete and to play women’s hockey, and that there’s great power in that."
Sports NewsHockey 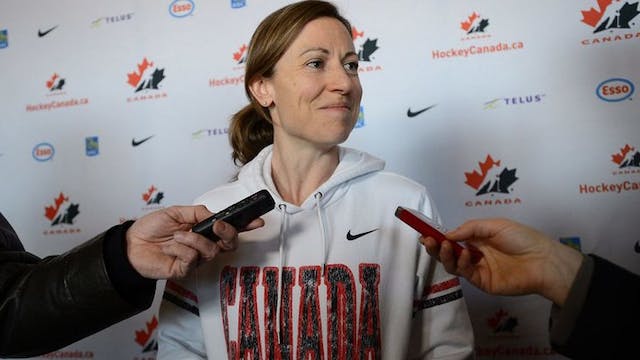 We recently had the opportunity to talk with Jayna Hefford about the status, and future, of women’s hockey. Yes, that Jayna Hefford, the FIVE time Olympian who was recently inducted into the Hockey Hall of Fame. After playing and working in the (now defunct) Canadian Women’s Hockey League (CWHL), Jayna recently assumed the role of Operations Consultant for the Professional Women’s Hockey Players’ Association (PWHPA), where the best female hockey players in the world have come together in solidarity to create a better future for the sport. Heck. Yes.

Let’s get to our interview with Jayna:

Lexie at The GIST (TG): First off, why did you choose to lead the PWHPA and stay committed to women's hockey post-CWHL?

Jayna Hefford (JH): Well, I’ve been involved for so long because I have such a passion for the game and believe in its future. I want young girls in sports, hockey or otherwise, to have a place to compete.

After I finished with the CWHL, I followed along with what the players were doing and told the players that I’d help in any non-formal way I can. Then, this opportunity to become the Operations Consultant for the PWHPA came up after Kendall Coyne Schofield and Ilana Kloss called and said they needed to make a change and asked if I’d want to take over.

Honestly, it’s really tough to say no to these players and people that I respect so much…so, to be able to come back in this capacity is something I’m excited about. The CWHL was exciting, and an important part of the process with the sport, but we knew something greater needed to be built. Now, I’ve never been more optimistic for the future of the game, and to be a part of the process to push the sport forward is really exciting.

TG: Really exciting times! What is something you wish more people understood about the #ForTheGame and PWHPA movement?

JH: Well, of course there are naysayers that think these women just want to be paid, but...

This movement is so much bigger than getting paid. It’s about the next generation getting to see something they can aspire to.

I have two daughters myself now, who have grown up knowing about women’s hockey and that girls play, but it’s important for all young girls to know that it’s normal to want to be an athlete and to play women’s hockey, and that there’s great power in that. We’ve all seen the stats around successful women in business and their history in playing sports, so this is really about building a stronger generation and society as a whole.

TG: Absolutely. There’s a huge opportunity here. How can fans support the players and the game?

JH: The biggest thing is...just show up. This hockey season, we’ll have showcase series and exhibition games across North America. What everyone can do to help is to just be there and support these players so that these athletes can see all of these people there that believe in what they believe in.

So, just be a part of this movement in whatever way you can, big or small.

Because this isn’t just about women’s hockey. This is a movement to keep young girls in sports and to empower women.

The players leading this, I have such a respect for the leadership and courage they’ve shown, and I would love to see people to just make supporting them a priority.

And also, use it as a conversation piece for your kids, you know. This is about empowering girls and creating something for the future that they can see and aspire to. So, being there and supporting it can be a great conversation starter for parents with kids.

TG: For sure. Just showing up seems so simple. But so necessary. What makes you feel the most optimistic and excited about the growth of the game?

JH: First off, the athletes have been so impressive with their leadership, the amount of work they’ve put in, and selflessness. Not just for themselves, but for the betterment of the future. This is a cultural issue we’re trying to improve for everyone, so I’m excited about the kind of role models these athletes are, and how they have really stepped up.

Also, it’s just been really great to see how many people are responding positively to this movement. We’ve brought in partners who haven’t been traditional women’s hockey partners in the past, but they now see the value in what we’re doing. So, continuing to get people to see the value and power this has, it gives me a lot of excitement. 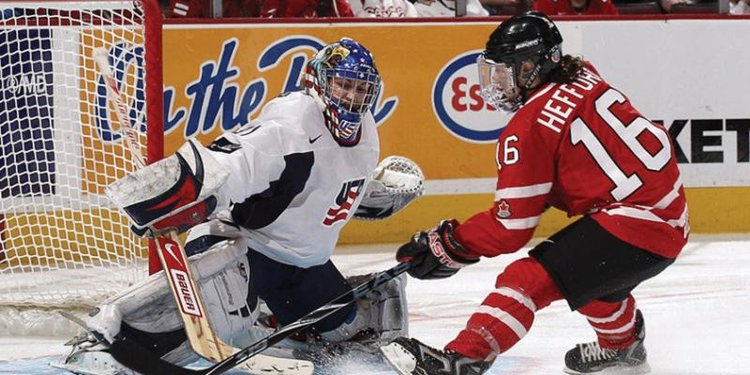 TG: That’s really awesome. On another similar note, the Swedish Women’s National team recently took a stand by not going to training camp due to the lack of support and compensation. What are your thoughts on that statement from the Swedish program?

JH: Well, when you see other people standing up for something they believe is right, it gives you the courage to do the same…

whether we’re talking about sports or something else. We see this everywhere. When the CWHL ended, it opened up a conversation about what needs to change. And the players took a real courageous step forward, made a statement, and were willing to fight for what they believe in. Seeing that brings courage for others…just how we were inspired here by what we saw in women’s soccer, what these players in Sweden are doing is contagious.

It becomes a bigger conversation and people start to understand the issues more and why it’s such an important fight. Now, for us, we’re not in the same fight as women’s soccer because ours is about opportunity not pay equity, but it’s still a contagious mentality. When people see this courage, it inspires others to step up and fight for what they believe in.

TG: Courage is definitely contagious. Do you think the way forward for women’s hockey is through an NHL partnership, or is there an opportunity to grow with the PWHPA structure that’s being established this year?

Because to build something from the ground up, it just hasn’t worked. So I don’t want to say a partnership is the only solution, but, at the same time, I do know that the solution isn’t just someone coming forward with money. We need infrastructure so that in a few years from now we aren’t in the position we were just in with the CWHL.

And we need a viable long-term solution so that little girls who are five or six years old today won’t be going through what we went through. We need something that’s consistent year over year. Something that the next generation can aspire to, and can know will be a part of their future.

TG:  It’s really awesome to think about the long-term health of women’s hockey and not just the short term. Is there anything else you want to say to hockey fans and potential supporters?

JH: I think, if you support the movement, be there. Be a part of it. Let the athletes see you. The first showcase is coming up in about four weeks. I want the athletes to step on the ice and see all of these people there because they believe in what they’re doing. The players took this bold move to do this, and for them to be able to get to skate out in front of an arena full of people will give them validity that they made the right move. This has been a process for them. Be a part of the movement. Be there. Show up.

Want more of Jayna Hefford? Check out another interview here!