October 21, 2022
Wednesday night was a wild one at the net, with not one, but two ranked squads falling to unranked opponents.
College SportsVolleyballCollege 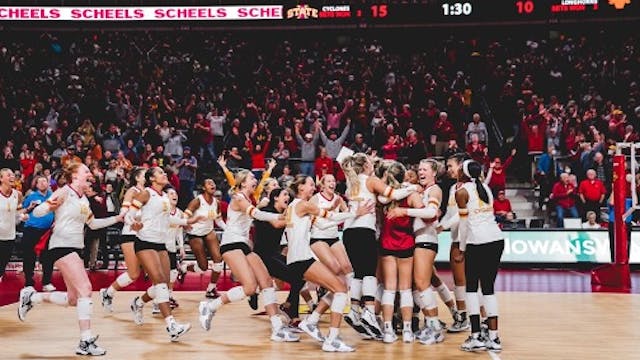 The GIST: Wednesday night was a wild one at the net, with not one, but two ranked squads falling to unranked opponents. The court masterminds? The Iowa State Cyclones and the Georgia Bulldogs.

Undefeated no more: The night’s most shocking upset saw the Cyclones hand a 3-2 loss to the no-longer-unbeaten No. 1 Texas Longhorns. But more surprising was how Iowa State won: Despite Texas blowing them away in nearly every statistical category, the Cyclones capitalized on just the right moments. The math didn’t math, but Iowa State’s limit did not exist.

Brooms or bust: There must have been snow on the beach on Wednesday because Georgia’s Bulldogs showed up with brooms, sweeping the No. 11 Florida Gators. Not only was it Florida’s first 3-0 loss of the season, but the Gators also recorded their most dismal hitting percentage (.090) of this season.