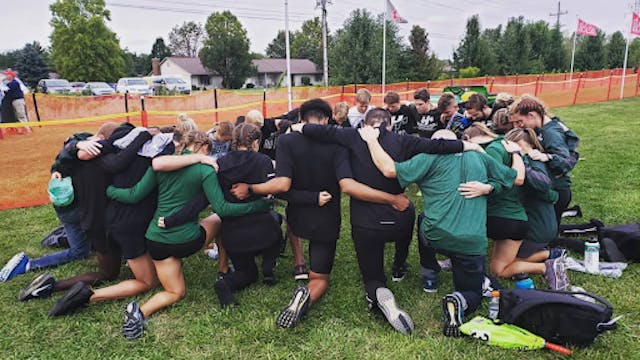 The GIST: Two former Huntington University women’s cross country runners have filed a federal lawsuit against current and former coaches, school officials and the institution (a private Christian school near Fort Wayne, IN), claiming systemic abuses that center around sexual assault and doping. When will it end?

The details: According to both the civil court filings and an investigation by the Indianapolis Star, former coach Nicholas Johnson manipulated and abused multiple runners physically, sexually and emotionally. He also forcibly injected them with unknown performance-enhancing substances, calling it an “experiment.”

The context: While many institutions, both religious and secular, become tight-lipped in the face of abuse allegations, many religiously affiliated colleges have documented patterns of problems with sexual abuse and a gross lack of support for survivors, who must contend with morality clauses in codes of conduct along with pressures to forgive rather than press charges.

What’s next: As of late last week, Lauren Johnson and Hines have both been placed on leave by the university. But as the claims move through the legal system, we can’t help but wonder why a school would knowingly allow a criminal to maintain any relationship with the institution, even indirectly. That stench? The rot of negligence.