December 07, 2022
Regionals, which include tomorrow’s round of 16 followed by Saturday’s quarter-finals, are hosted by the remaining top-seeded teams in each of the bracket’s quadrants.
College SportsVolleyball 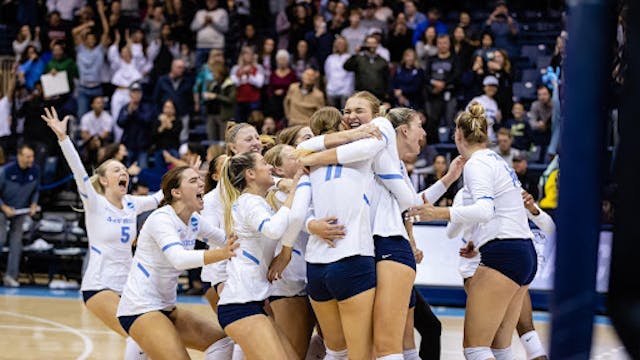 The GIST: The weather outside may be frightful, but the natty volleyball court is delightful, with 16 squads meeting at the net tomorrow to determine who’s still in the running for a natty championship under the tree.

The contenders: The No. 1 Texas Longhorns continue to lead the way but, while they should easily manage No. 4 Marquette tomorrow, they’ll have to face either No. 2 Minnesota or No. 3 Ohio State on Saturday to book their ticket out of Austin. Given the Big Ten’s volleyball dominance, each of those squads could go all the way when the final four hits Omaha’s court.

The dark horses: Even though the SEC had a holiday miracle of seven squads entering the tournament, only two, Nos. 3 Florida and Kentucky, remain. Kentucky, the 2020 champion, faces an easier path than the Gators, but both are true long shots to make a deep run.