February 04, 2022
The GIST: While we sadly didn’t see the “Shirtless Tongan,” this morning’s Opening Ceremony was well worth the early wake-up call.
Sports NewsOlympic Sports 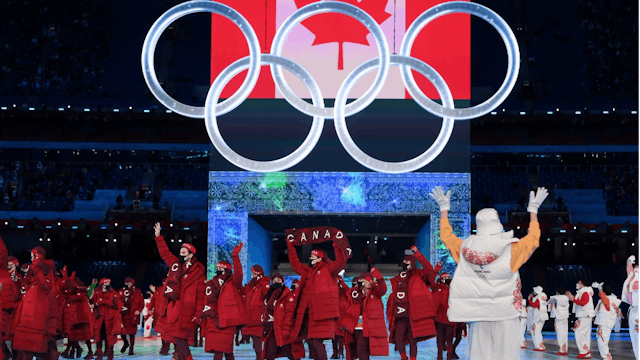 The GIST: While we sadly didn’t see the “Shirtless Tongan,” this morning’s Opening Ceremony was well worth the early wake-up call.

The ceremony: Complete with stunning visuals, incredible technological displays and even some spectators, the Beijing Opening Ceremony was intended to center around the theme of China’s “yearning and willingness to pursue world peace.”

World context: As a reminder, the U.S., Canada and several additional countries are conducting a diplomatic boycott of the Games, but that didn’t stop other world leaders from attending the Opening Ceremony, including Russian President Vladimir Putin — a stark reminder of the tense geopolitical tensions surrounding these Olympics.