December 09, 2022
Bowl games may not kick off until late next week, but the FBS still has a major competition this weekend, with the four quarterback (QB) Heisman finalists heading to the Big Apple tomorrow in hope of adding some iconic hardware to their season bouquet.
College SportsFootball 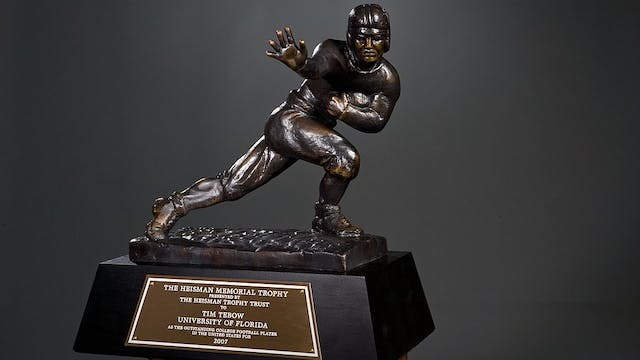 The GIST: Bowl games may not kick off until late next week, but the FBS still has a major competition this weekend, with the four quarterback (QB) Heisman finalists heading to the Big Apple tomorrow in hope of adding some iconic hardware to their season bouquet.

The favorite: Leading the field is the only contender not playing in the College Football Playoff, USC’s Caleb Williams. The Trojan sophomore and recently named AP Player of the Year exceeded 4,000 passing yards and had 37 touchdowns (TDs), tied for most in the country. The nail art king might be out of the playoffs, but not out of Heisman voters’ minds.

The walk-on: On the other end of the spectrum is Georgia QB Stetson Bennett, the tortoise in the collegiate gridiron glory race. The 25-year-old’s 3,425 yards and 20 TDs, while theoretically impressive, puts him at the back of this elite pack. Bennett, who began his career as a walk-on, has his resilience to thank for scoring him an invite to the NYC party.

The backup: TCU’s Max Duggan wasn’t even supposed to lead the Horned Frogs this year, let alone contend for a Heisman. After replacing injured QB1 Chandler Morris in TCU’s season opener, Duggan made the most of the opportunity, running to the tune of over 3,300 yards and snagging 30 TDs. This Frog could become a prince tomorrow.

The returner: The only finalist who booked a return ticket to this year’s ceremony wasn’t last year’s Heisman winner, Alabama QB Bryce Young, but Ohio State’s C.J. Stroud. Last year’s No. 4 is the other national TD leader with 37. And Michigan’s recent rout of the Buckeyes aside, Stroud may be Williams’ greatest competition.

The snub: While injured Michigan running back Blake Corum was an early-season contender, the biggest omission from this year’s list is Tennessee QB Hendon Hooker. Hooker totaled 32 TDs (more than Duggan and Bennett) and threw for just two interceptions…but found his Heisman invite next to the Vols goalposts at the bottom of the river.