November 09, 2022
For NCAA fall sports, it’s already the most wonderful time of the year. Unwrap these early playoff snapshots and prepare to celebrate…confetti showers are right around the corner.
College SportsField HockeyCross CountryVolleyballFootballCollege 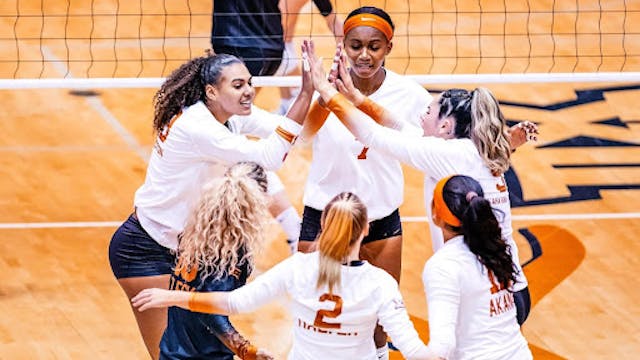 The GIST: For NCAA fall sports, it’s already the most wonderful time of the year. Unwrap these early playoff snapshots and prepare to celebrate…confetti showers are right around the corner.

🏑 Natty (hi)jinks: The 18-team bracket is set, and field hockey’s best will bring their sticks to the national tourney today. While 14 squads received byes to Friday’s second round, four teams hit the field this afternoon: Delaware plays Lehigh at 2 p.m. ET and No. 25 Miami (OH) faces Rider at 3 p.m. ET. On the line? A shot at No. 1 UNC or No. 3 Northwestern on Friday.

👟 Racing toward Stillwater: The nine Division I regional cross country meets hit starting lines on Friday, with the top two teams from each region securing bibs for the national meet in Stillwater, OK, on November 19th.

🏈 Shuffling the gridiron giants: The closer to December, the clearer the CFP picture. Last night, the CFP committee dropped its second rankings of the season…and they may have used the AP poll as a cheat sheet. Both sets of rankings have an identical Top 8.

🏐 Court queens’ rankings report: With women’s volleyball conference tourneys just over a week away and the national bracket reveal set for the end of the month, rankings are increasingly vital. The No. 1 Texas Longhorns remain at the top this week, with No. 2 San Diego and 2021 champs No. 3 Wisconsin hoping to hook Texas’ spot.