December 05, 2022
After a wild conference championship weekend, the College Football Playoff (CFP) matchups, along with over 40 bowl games, are officially set.
College SportsFootball 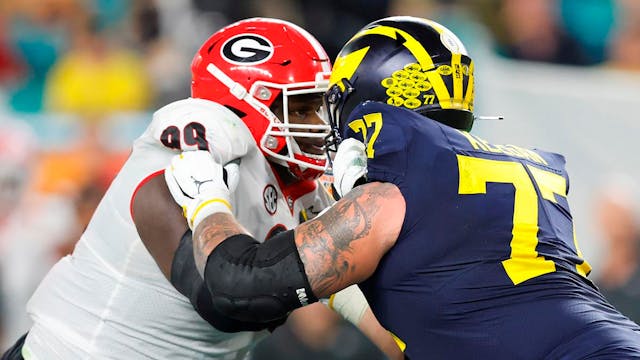 The GIST: After a wild conference championship weekend, the College Football Playoff (CFP) matchups, along with over 40 bowl games, are officially set. Still in the natty hunt? No. 1 Georgia, No. 2 Michigan, No. 3 TCU and No. 4 Ohio State.

How it happened: The only remaining undefeated squads, No. 1 Georgia and No. 2 Michigan, held their CFP top spots after beating No. 14 LSU 50–30 and Purdue 43–22, respectively, to claim their conference crowns on Saturday.

The semifinal setup: The New Year’s Six — the six top collegiate bowl games — annually rotate the CFP semifinal hosting gigs, with the Peach Bowl (Georgia vs. Ohio State) and Fiesta Bowl (Michigan vs. TCU) throwing this year’s parties ahead of the January 9th championship. Stick with us for a full preview before Christmas.