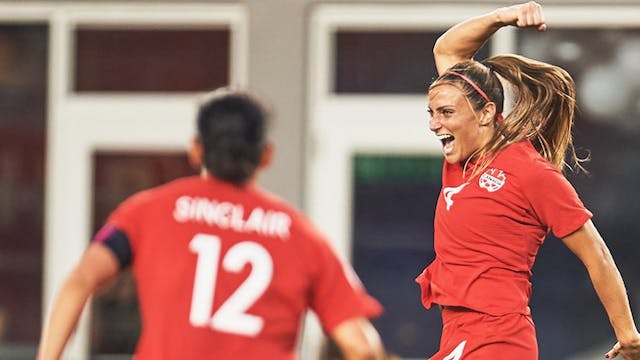 The GIST: We’re less than six months away from the Tokyo 2020 Summer Olympics. And you know what that means? It’s Olympic qualifier season, baby!

Sweet! Who’s up first?: That would be our women’s national soccer team, currently competing in the CONCACAF Olympic Qualifying tournament. They absolutely dominated in the group stage, winning all three matches and outscoring their opponents 22–0. Having swept their group, Canada will now face Costa Rica in tomorrow night’s semifinal at 7 p.m. ET.

You’re telling me. Do we have a good chance to win?: Well, Costa Rica won two of their three group stage matches, but Canada is still expected to take this one. *knocks on wood furiously*

Got it. Anyone else qualifying?: Yep — our women’s national basketball team.They’re competing in one of the four FIBA Women’s Olympic Qualifying tournaments taking place this weekend. Canada is in a group with Sweden, Belgium (where the tournament is being played) and Japan (who already qualified for the Olympics as the host nation).