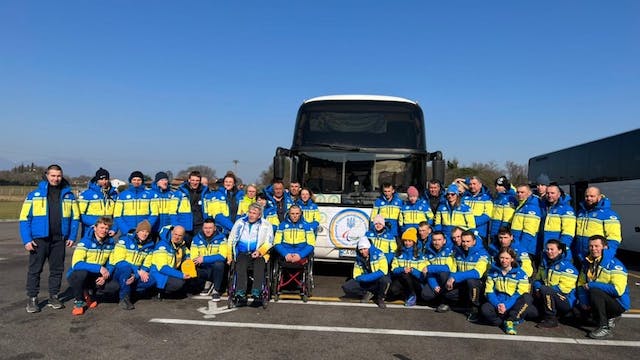 The GIST: Following Monday’s major news that FIFA and UEFA were suspending Russia from all competitions until further notice, there’s now increased pressure on other sporting bodies to take swift and decisive action in response to Russia’s unprovoked invasion of Ukraine.

Paralympics: After initial concerns about their ability to travel to the Games (which we’ll have a full preview of tomorrow), the 20-athlete Ukrainian delegation is now expected to arrive in time for Friday’s Opening Ceremony.

Elsewhere: As of yesterday, the International Skating Union (ISU) — already at the center of different Russia-related scrutiny — has barred Russian and Belarusian athletes from competing in international skating events, consistent with the International Olympic Committee’s (IOC) recent recommendation. Finally some action.

The bigger picture: Sporting bodies’ actions (or non-actions) aside, it’s essential to keep the human impact of this conflict in mind.