January 21, 2021
The GIST: After 17 seasons in the NFL, Indianapolis Colts quarterback (QB) Philip Rivers is retiring. Twenty-year vet and New Orleans Saints QB Drew Brees isn’t far off. Meanwhile, two of their old-timey contemporaries are just days away from the NFC Championship game. Guess you really are only as old as you feel.
Sports NewsFootball 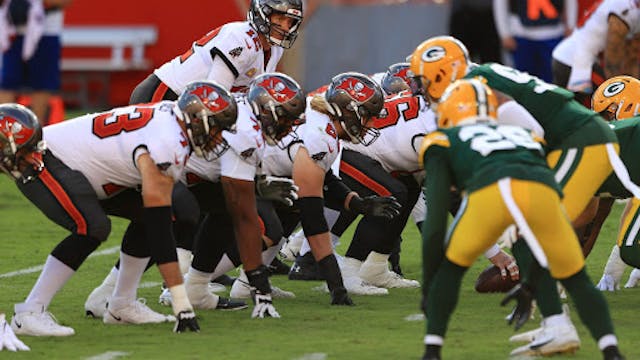 Buffalo Bills vs. Kansas City Chiefs: Considering their last AFC Championship appearance was in 1994, the Bills think the Bucs’ 18-year drought is cute. But they’re focusing on bigger things right now: namely, which QB will their top-notch defense face on Sunday?

GISTer vs. GISTer: Want in on the football action, too? We thought you’d say yes. That’s why we’ve partnered with FanDuel for a super-easy, GISTer-exclusive NFL fantasy contest. Here’s the deal:

What’s in it for you? Bragging rights and cash prizes. You pay $2 to play and $500 is up for grabs. The weekly winner takes home $100, and the top 20% of GISTers earn cash. Join our fantasy contest here.*