No COVID Postponements in NFL This Week 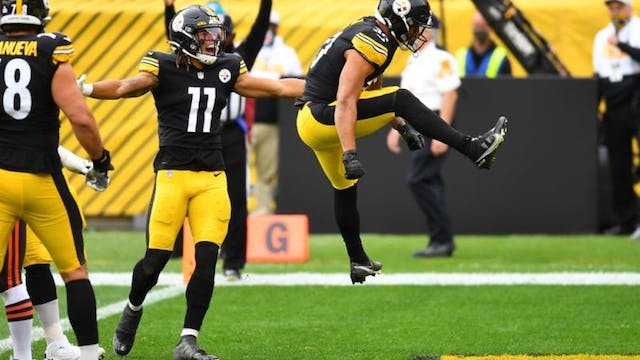 The GIST: It’s certainly been a bumpy ride, but the NFL might have things (somewhat) under control. *knocks on wood* For the first time in three weeks, the NFL played on without any last minute COVID-19 postponements. *knocks on wood again* Let’s celebrate with some highlights!

Don’t stop me now: Tennessee Titans running back (RB) Derrick Henry could not be stopped on Sunday. Henry opened up the fourth quarter with this 94-yard (!!!) TD run. The King (move over LeBron) called “game” with this sneaky TD to lift the undefeated Titans to a 42–36 overtime (OT) victory over the Houston Texans.