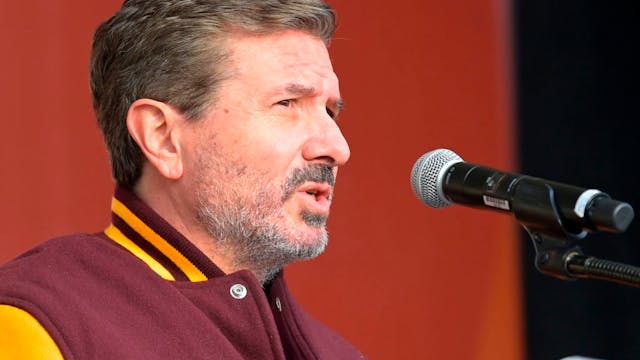 The GIST: The Washington Commanders defeated the Chicago Bears 12–7 in last night’s Thursday Night Football clash, but the Commanders first took an L off the field, with embattled owner Dan Snyder once again making headlines. So sick of this guy.

The context: We could fill an entire newsletter with details of Snyder’s dysfunctional tenure. Along with generally mismanaging personnel and infamously defending the team’s former racist name, a 2020 Washington Post report detailed a culture of toxic masculinity within the Washington organization under Snyder.

The latest: Despite the lengthy list of misconduct (plus an ongoing congressional investigation into the team), Snyder is somehow still leading the charge in Washington, and yesterday’s bombshell ESPN article provided some insight as to why.

Looking ahead: This all comes with next week’s NFL owners meetings looming. And while there are currently no plans to vote him out at those meetings, owners are reportedly mulling other ways to send him packing, such as refusing to let him borrow money for a new stadium. Time’s up, buddy.