The latest in the WNBA 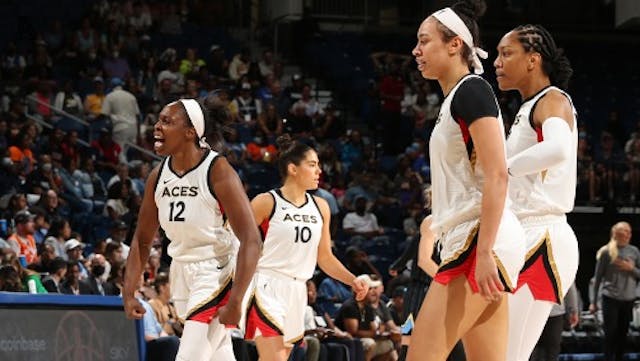 The GIST: While the Las Vegas Aces topped the Chicago Sky in last night’s second annual Commissioner's Cup battle, the league’s off-court news is grabbing all of the headlines. Never a dull day in the W.

Commissioner’s Cup: The Sky nearly overcame a 22-point first quarter deficit, but the Aces — led by 19 points, five rebounds and four assists from game MVP Chelsea Gray (definitely worthy of that $5K bonus) — held on for the 93–83 win.

Liz Cambage: Another day, another “contract divorce.” Cambage and the LA Sparks “agreed to part ways amicably” yesterday, just months after the team made a major splash to sign the four-time All-Star in free agency.

Brittney Griner: Today marks the 160th day of the Phoenix Mercury star’s wrongful detention in Russia. The latest in her case: BG’s defense team claimed yesterday that the cannabis oil found in her luggage was prescribed for medicinal use. Griner is now expected to testify during today’s hearing. Shout it from the rooftops — free BG.