May 23, 2021
BONJOUR! If you like your sporting events with a hefty dash of celebrity appearances, a viewing gallery made of yachts and a few royals here and there, then we have just the thing for you. Welcome to the Monaco Grand Prix!
Sports NewsMotorsports 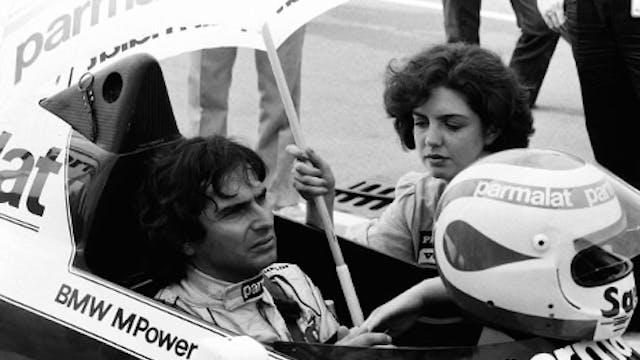 I hate Monaco. It’s like riding a bicycle around your living room.

—Former Formula One (F1) driver and three-time World Champion, Nelson Piquet, on the challenges of one of the world’s most difficult racing circuits. He was just mad to never have won the Monaco GP in his 14-year career.

Nestled along France’s Mediterranean coast, Monaco is the second-smallest country in the world (behind the Vatican) and covers less than one square-mile of land (the whole country could fit inside NYC’s Central Park with room to spare). What it lacks in size, it more than makes up for in wealth and glamor.

F1’s Monaco Grand Prix (GP) is one of the world’s most prestigious sporting events. As one of three races that make up the unofficial Triple Crown of Motorsport — along with the Indy 500 and the 24 Hours of Le Mans — the Monaco GP actually predates F1 with the first race held in 1929. F1 was formed in 1950.

We know what you’re thinking: “How can a country the size of my backyard fit an entire F1 race track?” And the answer is, it can’t. Instead, the race takes place on the tight, winding roads of Monaco itself.

Before we get further into it, we should lay the cards on the table: the race itself can be incredibly boring. Because of Monaco’s typically narrow European streets, there isn’t a whole lot of room for passing or legitimate racing.

What makes the Monaco GP so special?And what makes completing it one of the top accomplishments for any race car driver? It’s the high level of technical skill needed to finish one of the most challenging circuits in all of motorsport.

Every corner on the Monaco track has a name and a story. Here are a few of the most memorable ones:

Some of F1’s best moments came during the Monaco GP. One of F1’s all-time greats, Graham Hill, earned the nickname “Mr. Monaco” in the 1960s after he won five Monaco GPs in seven years.

In 1982, the event was dubbed “The Race No One Wanted to Win,” when the leader changed four times in the last three laps (exciting!). And the 1992 event, which saw Ayrton Senna battle Nigel Mansell right to the end, is still widely considered the best ever.

It’s not always spectacularly glamorous. The Monaco GP has seen plenty of accidents and has claimed one life: Lorenzo Bandini’s. He was killed after losing control of his car on the 82nd lap (of 100) in the 1967 event.

Formula One is one of those sports that non-F1 athletes, like Serena Williams, love to watch, and the Monaco GP is frequented by celebrities and royalty. Here are a few of our favorite celeb appearances over the years:

Mercedes’ Lewis Hamilton will be lookingfor his fourth win of the season and 99th of his career when the Monaco GP starts today at 9 a.m. ET, but Red Bull Racing’s Max Verstappen will be hot on his tail, chasing his first victory in Monaco. In case you miss it, we’ll let you know who wins in tomorrow’s newsletter.