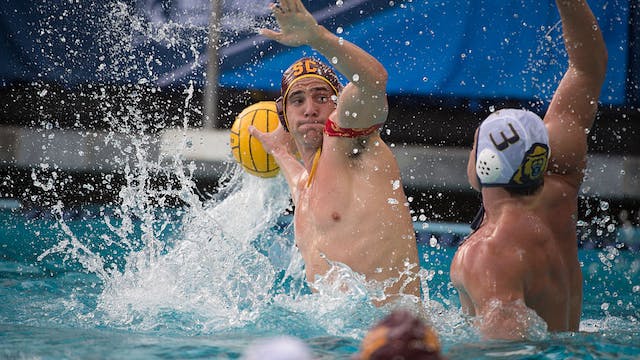 The GIST: The first week of men’s water polo is officially in the books. NCAA action started last Saturday, so let’s dive into how it works and who’s beating eggs to get to the top.

The set-up: There are 52 men’s water polo teams from all three NCAA divisions (DI, II, III). Unlike most other collegiate sports that have separate nattys for each division, all water polo teams, regardless of the division, are vying for the national championship.

The contenders: Fun fact: Since the natty began in 1969, no team outside of California has ever made the finals. So, it’s no surprise that last year’s reigning champs Cal Golden Bears are also the current No. 1, and they look primed to swim past the competition yet again, blowing No. 20 Navy out of the water last weekend.

The challengers: Cal will face a trio of ranked opponents this weekend — No. 5 Pacific, No. 13 UC San Diego and No. 9 Pepperdine — all trying to sink the Bears, who’ll need their Team USA goalie Adrian Weinberg and 2021 National Player of the Year Nikolaos Papanikolaou (pronounced pah-pah-neek-oh-L’OW) to stay afloat. Deep breaths.