Formula One preview: If you ain't first, you're last

March 28, 2021
HAPPY SUNDAY! Have you ever thought to yourself, “race car drivers aren’t athletes; they just drive a car. I could do that.” Well, then today’s newsletter is for you. Seriously, stay with us. We’re about to give you all the goods on the new season of Formula One (which starts today): the drivers, the danger, the drama (!!!) and the super weird training regimens that make these guys the best.
Sports NewsMotorsports 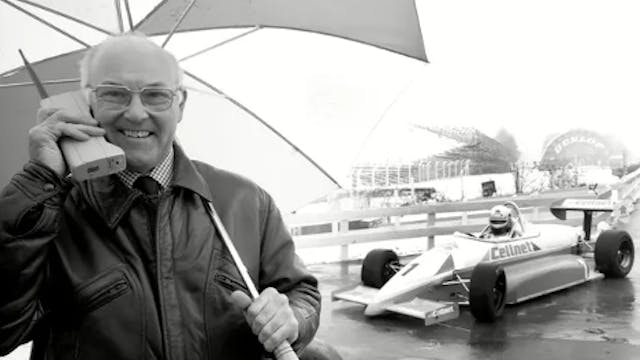 "There's nothing wrong with the car except that it's on fire."

Formula One, better known as F1, is the highest level of car racing in the world. While NASCAR enthusiasts may disagree, comparing the two is like apples to oranges. If NASCAR were a marathon, F1 would be a sprint. A really sleek, glorious, international sprint.

F1 drivers usually get their start in go-karting at a pretty young age (we’re talking grade school) and then work their way up through various feeder systems to reach the top.

The F1 season typically runs from March to December, with around 23 races — called Grand Prix — held across five continents. Drivers normally practice on Friday, qualify for starting positions on Saturday and race on Sunday.

The “formula” in Formula One refers to an FIA-mandated set of rules that all teams must follow when constructing their cars, and teams employ hundreds of engineers and mechanics to ensure their two cars are the best they can be, while also fitting the formula.

And the cost of the car is only a fraction of the team’s annual operating budget. Given that some operating budgets were closer to $400 million (!!!) in recent seasons, the FIA implemented a budget cap for the first time this year, ensuring teams don’t spend more than $145 million (though there are notable exceptions to the rule) in an effort to level the playing field.

Now back to the “I could do that!” thing we mentioned earlier. No offense, but no, you couldn’t. F1 cars can hit a max speed of 360km/h or 223mph, meaning throughout a 90-minute race, drivers deal with similar G-forces to astronauts in a rocket launch.

Drivers must have particular body attributes and skills to fit the F1 mold: slim but muscular, not too tall, ridiculously strong necks and insanely quick reflexes. Because of that, F1 drivers have one of the weirdest training regimens in sports. It’s not for the faint of heart.

Sir Lewis Hamilton, Team Mercedes: Arguably the biggest name in F1, the Englishman is looking for his fifth consecutive and record-breaking eighth career World Championship. But he’s not just here to drive fast. Last season, Hamilton used his global platform to highlight racism and racial disparity around the world, and within his own sport.

Fernando Alonso, Team Alpine: A one-time teammate of Hamilton (it did not go well), Spain’s Alonso is an adrenaline junkie. After retiring from F1 in 2018 to pursue IndyCar, Dakar, FIA Endurance and fashion design, the 39-year-old is back in the driver’s seat — with a broken jaw — looking to win his third World Championship.

Sebastian Vettel, Team Aston Martin: The youngest of these old-timers at just 33, the four-time World Champ made the switch from his long-time team Ferrari to Aston Martin after last year’s dramatic shake-up. He’s not afraid to speak his mind, and his bromance with Hamilton is stronger than ever.

Mick Schumacher, Team Haas: Son of the GOAT Michael Schumacher, Mick is one of this season’s three rookies (alongside Yuki Tsunoda, who we love, and Nikita Mazepin, who we don’t). Michael raced as #7 (among others) during his illustrious career, so Mick chose #47 — aka “for 7” — to honor his pops.

Lando Norris, Team McLaren: Already in his third season, the 21-year-old Brit is ready to step out of the shadow of his old McLaren teammate, Carlos Sainz Jr. (who went to Ferrari), and make his own mark. But of course, he’s already made a name for himself as NBAer Jimmy Butler’s chauffeur.

George Russell, Team Williams: Russell has only been around for a few seasons, but the maturity and leadership he’s shown on and off the track earned him the title of director of the Grand Prix Drivers Association. That, and his stellar PowerPoint skills.

Daniel Ricciardo, Team McLaren: The self-anointed “Honey Badger” will be joining Lando Norris at McLaren this year. As the best driver without a World Championship to his name, the hilarious Aussie has a lot to prove with his new team, but should have no problem getting along with his new teammate.

Max Verstappen, Team Red Bull: If anyone can put a wrench in Lewis Hamilton’s plans, it’s Verstappen. Another son of a former driver, Max is Red Bull Racing’s golden child, but his actions over the years and choice words during a qualifying session last season has us rooting against him.

Pierre Gasly, Team AlphaTauri: Two seasons ago, this Frenchman was demoted from Red Bull Racing to their B-team Toro Rosso, on the same weekend his best friend Anthoine Hubert was killed in a Formula Two accident. But last season, he stopped a back-to-back Lewis Hamilton win streak when he won his first-ever Grand Prix.

It all starts today. The Bahrain Grand Prix begins at 11 a.m. ET, and it’s the first of 23 scheduled races this season. Hamilton and his teammate Valtteri Bottas are expected, per usual, to finish first and second, but Max Verstappen will try his hardest to split the pair.

While Team Mercedes and Red Bull Racing duke it out up front, Aston Martin, McLaren, Ferrari and Alpine will battle it out to be the best of the rest. Follow the race action here, and check out the full schedule here. It’s lights out and away we go.