January 11, 2023
Here’s who’s rising over the midseason hill and whose year isn’t the same as it was.
College SportsBasketball 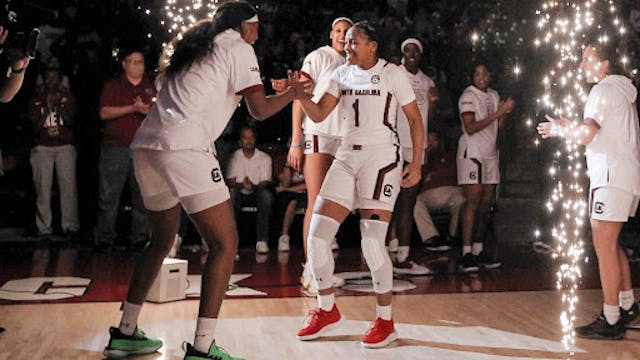 The GIST: Just over halfway to March Madness, this season’s collegiate ballers haven’t held back, bringing chaos every week. Here’s who’s rising over the midseason hill and whose year isn’t the same as it was.

The gals: Unsurprisingly, last season’s champs South Carolina have reigned at No. 1 for 29 straight polls. Not only that, but the Gamecocks are one of just three undefeated teams (men’s or women’s) in Division I hoops, joining No. 3 Ohio State and No. 5 LSU, both of whom are defying preseason expectations.

The fellas: Surprises are the name of the men’s game, leaving zero teams undefeated. One of the last to tumble? No. 3 Purdue, who dropped from No. 1 after facing Boilermaker-kryptonite Rutgers last week. But the preseason-unranked Purdue, led by center Zach Edey, is still a shocking contender for spring Madness.