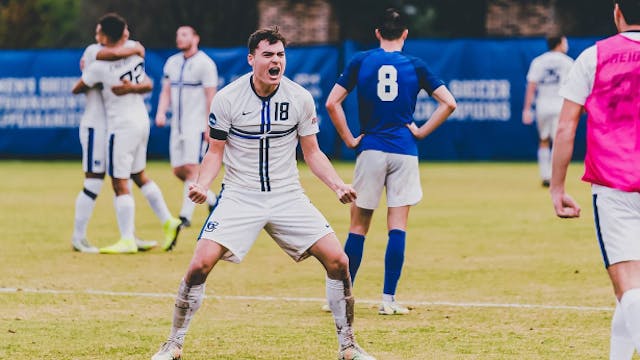 Creighton Blue Jays vs. No. 3 Syracuse Orange, 6 p.m. ET: In the early bird special, the unseeded Blue Jays, who already vanquished No. 2 Washington, No. 7 Duke and No. 15 Tulsa (!!!), will try to keep their Cinderella story alive.

No. 13 Indiana Hoosier vs. Pitt Panthers, 8:30 p.m. ET: While few tagged this season’s Hoosiers as true Cup contenders, unseeded Pitt’s run has been relatively easy: The Panthers only had to take down one seeded squad on their semifinal road — No. 16 Akron (the lowest possible seed).