September 10, 2020
The NFL's season starts tonight, even though the preseason was canceled in response to COVID-19.
Sports NewsFootball 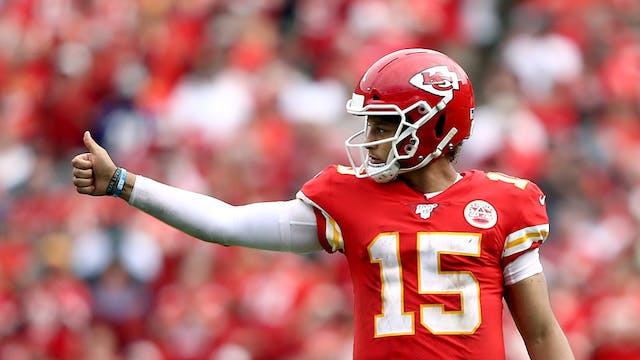 The GIST: How time flies! One day you’re watching Shakira and JLo rock the Super Bowl halftime show, and the next, a whole new NFL season is starting.

Okay, that snuck up on me: Honestly, same. Despite canceling the preseason due to the pandemic, the NFL was steadfast about not delaying its regular-season start. As it does every year on the first Thursday after Labor Day, the season kicks off today, with the defending champs Kansas City Chiefs hosting the Houston Texans.

And how is COVID-19 affecting the NFL?: The NFL had the unique opportunity to see how other major leagues adapted to the pandemic, and based on that, they made...very few significant changes.

What are the big stories this season?: Besides COVID-19, quarterback (QB) Tom Brady is stealing headlines, as usual. In March, Brady broke the hearts of true fans and bandwagoners alike by leaving the New England Patriots (where he won an NFL record six Super Bowls) for the Tampa Bay Buccaneers. Paging Tompa Tom.

Tell me more about your pick’em pool: Gladly! We’re biased, but we think it’s the best way to stay in the know on the latest NFL news, learn about each matchup and enjoy the game. All you have to do is pick a winner for each matchup for a chance to win a sweet weekly prize. Click here for a good time.