February 14, 2022
The GIST: Before we get into the latest from Beijing, how could we not talk about last night’s Super Bowl halftime show of millennial dreams?
Sports NewsFootball 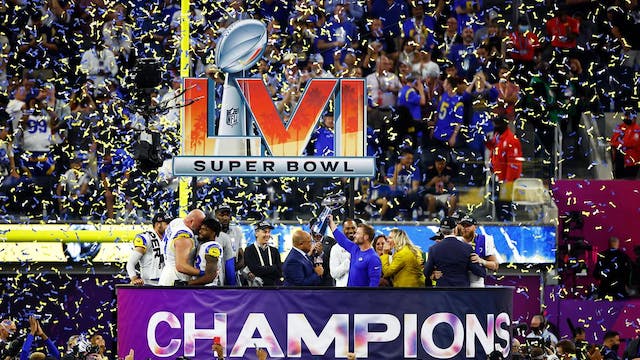 The GIST: Before we get into the latest from Beijing, how could we not talk about last night’s Super Bowl ?

The game: Thanks to a clutch fourth quarter touchdown (TD) drive led by quarterback (QB) Matthew Stafford, the LA Rams defeated the Cincinnati Bengals 23–20 to win their second Super Bowl championship. Wide receiver (WR) Cooper Kupp — who hauled in two TDs, including the game-winner — was named Super Bowl MVP. His Kupp runneth over.

What’s next: Although Cincy couldn’t hold on for the win, expect to see a lot more of Bengals QB Joe Burrow in the future, especially as a new era of young stars continue to find their footing in the league.