September 13, 2021
The GIST: Emma Raducanu (pronounced rah-doo-CON-ew) and Daniil Medvedev are your US Open champions. Alex, we’ll take “things we would have never predicted” for $800, please.
Sports NewsTennis 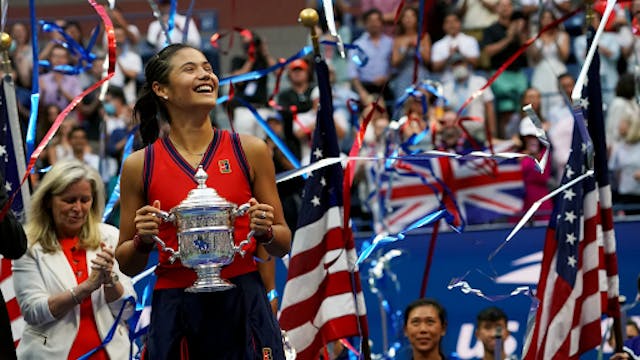 Men’s final: On the flip side, yesterday’s men’s final featured two of the world’s best, No. 2 Medvedev and No. 1 Novak Djokovic, with Djokovic looking to complete the calendar Grand Slam after winning the year’s other three majors.

But it was Medvedev who shocked the tennis world with a quick three-set win...and the oddest on-court celebration we’ve ever seen.