November 10, 2020
What would a week in the NFL be without some off-field drama and on-field shenanigans? Welcome to Week 9.
Sports NewsFootball 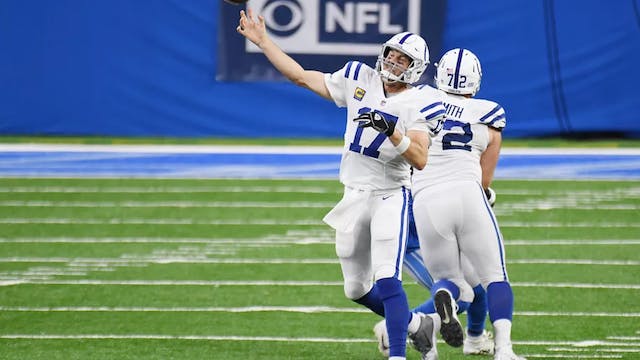 The GIST: What would a week in the NFL be without some off-field drama and on-field shenanigans? Welcome to Week 9.

Give me the details!: On Saturday, it was revealed that players from the league-worst New York Jets alerted the NFL Players Association (NFLPA) about secret cameras they found in their training facility locker room. The cameras were reportedly hidden in smoke detectors.

Anything else?: Last week the Las Vegas Raiders and head coach, Jon Gruden, were fined for repeated COVID-19 protocol violations. In addition to the fines they received earlier this season, the Raiders were docked another $500,000 and lost a 2021 sixth-round draft pick, while Gruden was fined $150,000. The Raiders, Gruden and a few players have been fined a total of $1.185 million.

And what happened on the field?: Outside of the NFL’s longest game of hot potato, it was a scary scene yesterday when Washington quarterback (QB) Kyle Allen took an awkward hit that made his ankle bend in a way that ankles should not bend. Allen was replaced with QB Alex Smith, who threw his first touchdown since suffering his own nasty leg injury (and 17 subsequent surgeries) in 2018.