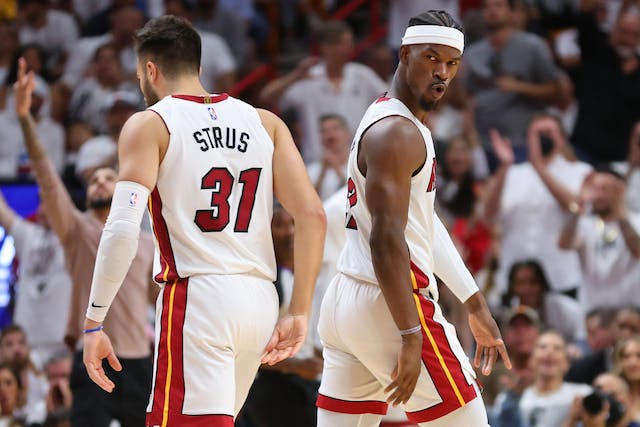 The GIST: Though the league MVP has already (reportedly) been crowned, there’s still lots of conference semifinal basketball to be played. Let’s ride.

Last night’s games: In the Eastern Conference, the top-seeded Miami Heat notched a huge 120–85 win, bouncing back from two straight losses to take a 3-2 series lead over the No. 4 Philadelphia 76ers. The Heat are now one win away from their second conference finals appearance in the last three years and could clinch it tomorrow at 7 p.m. ET. Caliente.

Tonight’s games: No time to lie around, because it’s about to be an epic Game 5 between the East’s No. 2 Boston Celtics and No. 3 Milwaukee Bucks. The Celtics evened the series with Monday’s 116–108 comeback win and will have the Boston faithful behind them for tonight’s 7 p.m. ET contest.