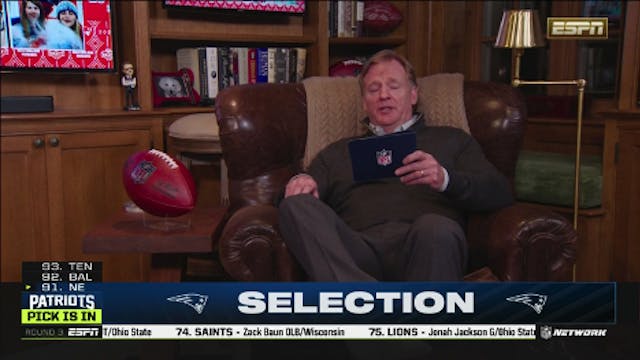 The GIST: Just how desperate are we for the return of sports? Well, a record-high 15.6 million viewers tuned in to watch the first round of the 2020 NFL Draft broadcast live from league commissioner Roger Goodell’s basement, so you tell us.

How did the virtual draft go?: Pretty well, actually. There were no major technical glitches (though Dallas Cowboys head coach Mike McCarthy is still figuring out his angles) and the tradition of fans booing the commissioner was kept alive. It just wouldn’t have been a true draft otherwise.