December 23, 2022
Hope you asked Santa for “more football” this year because there are 11 (!!!) games tomorrow ahead of a Christmas Day triple-header and a Boxing Day grand finale.
Sports NewsFootball 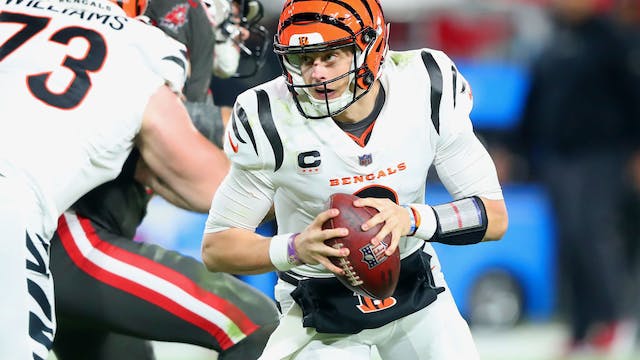 The GIST: Hope you asked Santa for “more football” this year because there are 11 (!!!) games tomorrow ahead of a Christmas Day triple-header and a Boxing Day grand finale. Fifteen football games across three days? That’s called yuletide joy. Now let’s check out the pre-holiday spectacular.

AFC playoff picture: The Buffalo Bills are standing atop the AFC with 11 wins and a guaranteed postseason spot. So what’s on the line this weekend? The AFC East division title, which could be theirs with a win or tie against the Chicago Bears tomorrow at 1 p.m. ET.

NFC playoff picture: Leading the NFC are the playoff-bound Eagles, who are still looking to lock up the NFC East. Doing so tomorrow at 4:25 p.m. ET against the Dallas Cowboys won’t be easy — Eagles quarterback (QB) and MVP candidate Jalen Hurts is, ahem, hurt with a shoulder injury keeping him on the sidelines.

Game of the weekend: You’ll have to wait until Christmas Day for our pick of the weekend: the Green Bay Packers vs. the Miami Dolphins, Sunday at 1 p.m. ET. It’s a tale as old as St. Nick himself: the Old Dog vs. the New Tricks. LFG.