July 20, 2020
NFL training camps start in just over one week, and players are not happy about the NFL’s health and safety plan, or rather, lack thereof.
Sports NewsFootball 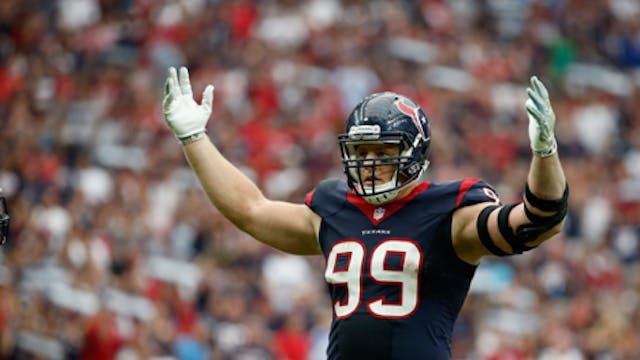 The GIST: NFL training camps start in just over one week, and players are not happy about the NFL’s health and safety plan, or rather, lack thereof.

What’s the plan?: The NFL has decided that all 32 teams will begin training camps next Tuesday, July 28th, as was originally scheduled earlier this year (aka pre-pandemic). Teams can ask rookies to report as early as tomorrow, while quarterbacks (QBs) and injured players will have the chance to report Thursday.

What are the players saying?: They’re not happy. The always outspoken (in a good way) Houston Texans defensive end J.J. Watt is leading the charge of players calling out the league for their lack of action. Last week, Watt made it clear that, above all, players want to play, but they also want to be safe. Fair.

What other players spoke up?: Since Watt’s tweet, many fellow players have been voicing their concerns using the hashtag #WeWantToPlay. Seattle Seahawks QB Russell Wilson, whose wife, Ciara, is pregnant, tweeted, “We want to play football but we also want to protect our loved ones.”

What now?: The league has just days to figure out a plan. If they don’t, we anticipate a lot of no-shows at next week’s training camps. It really begs the question: what exactly has the NFL been doing for the past four months, if not prepping for football in the time of COVID-19?