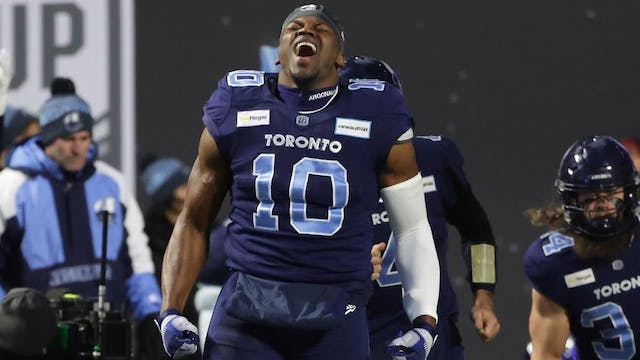 How it happened: The underdog Argos came out hot with an early first-quarter field goal. But the Blue Bombers stayed strong, answering each offensive drive by Toronto quarterback Chad Kelly to finish the first half with a 10–7 Bombers lead.

What’s next: Craving more Canadian football? We thought you might be. Tune in to Saturday’s Vanier Cup title game where the Saskatchewan Huskies and Laval Rouge et Or battle for the title of Canada’s top university squad, at 1:15 p.m. ET in London, Ontario.