Tennis: A stunner from down under 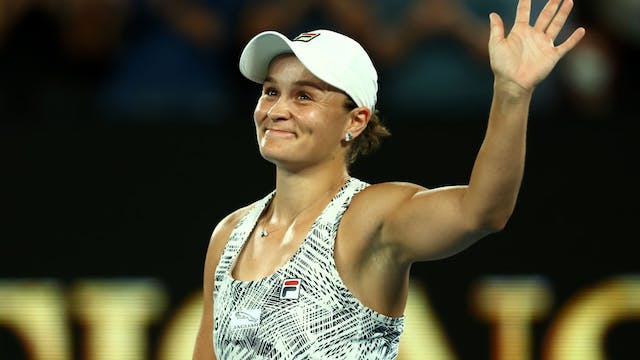 The GIST: As we mentioned, less than two months after winning the Australian Open, 25-year-old and world No. 1 Ash Barty stunningly announced her retirement via Instagram last night. *sniffs*

The context: This is actually Barty’s second retirement. As we wrote in our most recent Sunday Scroll, a then 18-year-old Barty took an indefinite break from tennis to focus on being a “normal” teenager. She even tried her hand at cricket before returning to the sport in 2016.

Why now: On top of the tennis world both on and off the court, Barty explained her decision to retire, saying, “I know how much work it takes to bring the best work out of yourself. (...) I don’t have that in me anymore. (...) I am spent. Physically, I have nothing more to give, and that to me is success.”

The legacy: Barty had a career full of on-court accomplishments (15 WTA titles and three major wins, to name a few) but what really stands out is her impact on the game off the court. A proud Ngarigo woman, Barty served as Tennis Australia’s First Nations Ambassador, highlighted by a recent visit with young players.

What to watch: Barty will hold a press conference today to discuss her decision. Cheers for a proper Barty party to celebrate the end of an era.