December 19, 2022
This weekend was one for upsets, with five Top 25 men’s teams falling to lower-ranked or unranked opponents on Saturday, and one on Sunday.
College SportsBasketball 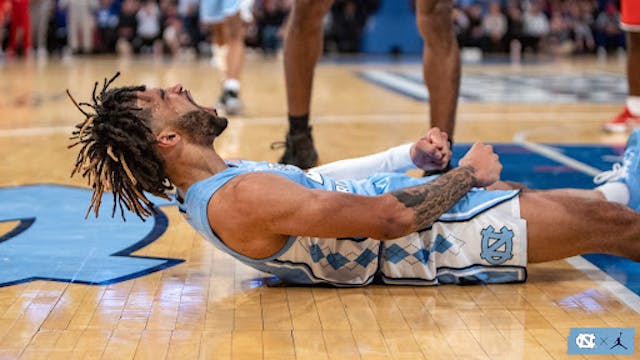 The GIST: With the holidays just around the corner, the NCAA’s hoopers began decking their halls with ranked upsets and scores that simply sleigh. Here’s who made the elves of today’s poll drops check their list twice.

The men: This weekend was one for upsets, with five Top 25 men’s teams falling to lower-ranked or unranked opponents on Saturday, and one on Sunday. Due in part to No. 4 Alabama’s 21 turnovers and inability to sink threes, No. 15 Gonzaga and the mustached maestro Drew Timme rolled over Bama’s ranked-foe riptide 100–90.

The women: The gals’ weekend went a bit more as expected, with No. 21 Arkansas snagging one of only two upset victories by beating No. 16 Creighton 83–75 on Saturday. With that W, the Razorbacks maintained their perfect 13-0 record and will likely see a jump in today’s poll.

What to watch: Unwrap some holiday hoops’ gifts tomorrow. Catch the No. 21 Arkansas gals try to extend their perfect season against the formidable one-loss No. 16 Oregon Ducks at 4 p.m. ET on FloHoops, then see if the fellas of No. 2 Virginia can bounce back from their first defeat when they face No. 25 Miami at 8:30 p.m. ET on ACCN.