September 14, 2022
It may be fall, but women’s golf — technically an NCAA spring sport — couldn’t let the party start without her.
College SportsGolf 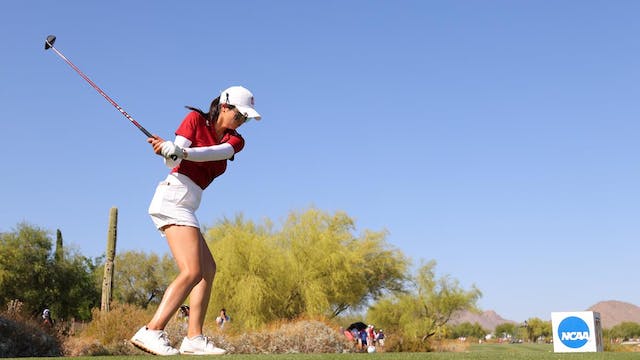 The GIST: It may be fall, but women’s golf — technically an NCAA spring sport — couldn’t let the party start without her. Winter puts a chill on the links, so golf runs a split season, teeing off in September, hibernating through winter and finishing in May. How’s that for timing?

How it works: There are 249 Division I women’s golf programs hoping to make the May championship tourney in Scottsdale, AZ. The top four teams (made up of five players) at each of the six regional tournaments qualify to compete for the natty. The top two individual golfers per region not on a qualifying team also advance.

The favorites: Unsurprisingly, reigning champs Stanford — Tiger Woods’ alma mater — led by individual NCAA champ and World Amateur No. 1 Rose Zhang, start the season at No. 1. No. 2 Wake Forest and No. 3 Oregon — the 2022 runner-up — are close behind, breathing down the Cardinal neck.

The first test: While there are multiple tourneys across the country this week, the biggest NCAA season preview is the ANNIKA Intercollegiate in Minneapolis, a three-round (each round has 18 holes) event featuring 12 teams — 11 of them in the Top 25 — which started on Monday.