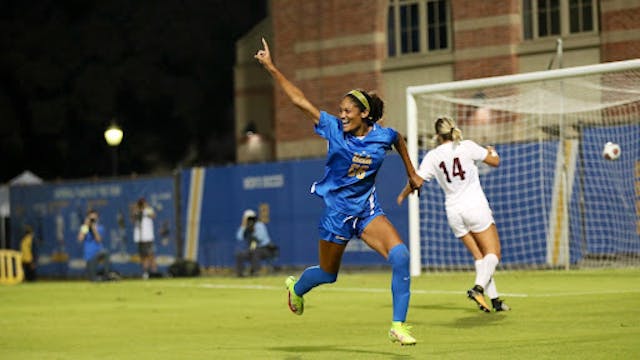 The GIST: In an early season scheduling feast, the top three Division I women’s soccer programs all face each other within eight days. And just two matches in, the UCLA Bruins are already calling game, having bested both UNC and Duke — last week’s Nos. 1 and 2, respectively — to claim this week’s top spot. Eight claps for that.

The new leader: The No. 2 UNC Tar Heels and the No. 3 Duke Blue Devils challenged the unbeaten No. 1 Bruins more than any other squads this season. Case in point? Until this weekend, Bruin goalkeeper Lauren Brzykcy’s (pronounced BRIS-key) touted a clean sheet. Now? Not so much. Brzykcy allowed a goal first against Duke and then again from UNC.

The context: The Bruins enter the 2022 season with fire in their bellies after their first round NCAA tourney loss last year. But the Tar Heels are also on the redemption train: Despite being the most historically dominant program, winning 22 (!!!) of the 31 awarded Women’s College Cups, UNC also fell in last season’s first round.