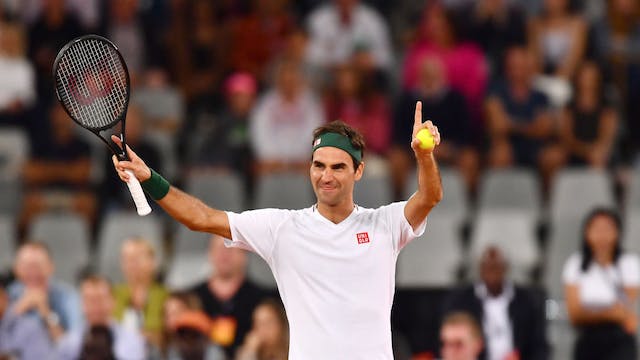 The GIST: After track & field great Allyson Felix, WNBA legend Sue Bird and the one and only Serena Williams all retired in a two-month span, you’ll have to re-stock your tissues once again because men’s tennis icon Roger Federer announced yesterday that he’ll wrap up his playing days at next weekend’s Laver Cup. Our hearts can’t take it.

On-court career: The 41-year-old Swiss star racked up a whopping 20 Grand Slam titles (third most all-time for men) in his 24-year career, spent a record 237 straight weeks as the world No. 1 and at 36 years old, became the oldest player to ever hold that top mark.

The impact: The “Swiss Maestro” will perhaps be best remembered for ushering in a golden era of men’s tennis alongside his fellow “Big Three” members, Novak Djokovic and Rafael Nadal. The dominant trio won 63 of the last 77 Grand Slam titles, competing in countless must-see rivalry matches and helping the sport reach unprecedented popularity.

What’s next: Federer’s final event will fittingly be the Laver Cup, an annual team event his agency helped launch in 2017. The three-day competition begins one week from today and pits the top six players from Europe against the six best players from the rest of the world.