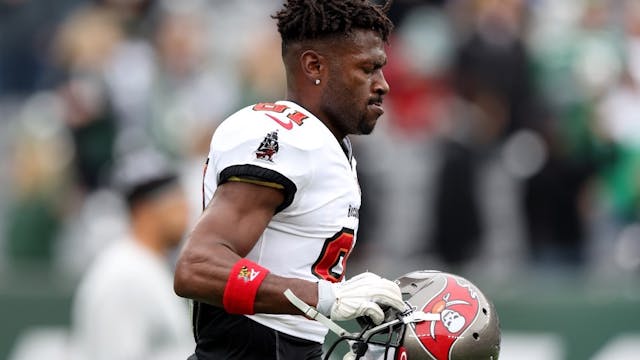 The GIST: After Sunday’s dramatic mid-game departure, the Tampa Bay Buccaneers officially released wide receiver Antonio Brown (AB) yesterday. But there’s much more to this story than meets the eye.

The latest: Details have emerged in the aftermath of the seven-time Pro Bowler’s outburst, as both AB and Tampa Bay head coach Bruce Arians shared their respective sides of the story. On Wednesday, AB released a lengthy statement via his lawyer, with the biggest revelation being that Brown was playing through an ankle injury.

The context: It’s important to consider this situation with AB’s troubling history in mind. He was benched for a reported outburst during his 2018 season with the Pittsburgh Steelers and, in 2019, he was released by the then–Oakland Raiders for conduct detrimental to the team.

Zooming out: That said, it’s clear AB needs both physical and mental support. His allegations against Arians should be investigated, especially within a league that expects its athletes to play through injury.