October 03, 2022
This weekend took a DNA test, and it turns out the underdogs were 100% that b!tch. Let's dive into the truth of what happened.
College SportsSoccerField HockeyWater sports 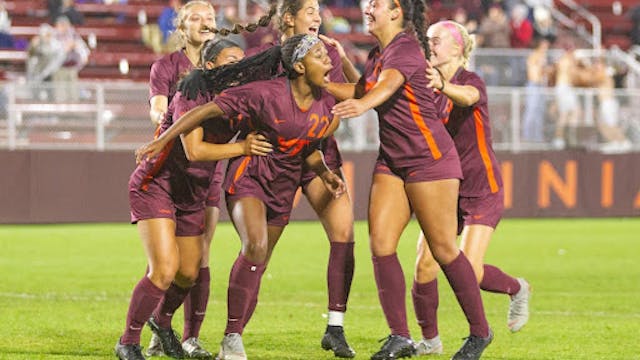 The GIST: This weekend took a DNA test, and it turns out the underdogs were 100% that b!tch. Let's dive into the truth of what happened.

⚽️ Women’s soccer: The gals did not mess around this weekend, with three unranked squads taking down top teams. Tennessee handed No. 13 Ole Miss their first loss of the season on Friday and, on Saturday, Virginia Tech striker Tori Powell chipped the keeper to secure a 2–1 win over No. 3 UNC, the Hokies’ first against the Tar Heels since 2011.

⚽️ Men’s soccer: Saturday’s match between the ACC’s undefeated teams included a scoreless first half, 27 fouls (as expected) and a five-goal second half that saw No. 4 Duke just beat No. 1 Wake Forest 3–2. Down to the wire.

🤽 Men’s water polo: The fellas in the pool apparently like predictability, with 11 of the weekend’s 12 ranked matchups ending in the hands of the higher-ranked squad. But bucking that trend? No. 15 Princeton, who, led by sophomore Vladan Mitrovic’s three goals, sent No. 11 Harvard back to Cambridge with a 9–6 loss yesterday.