Formula One: Drama to the Max

December 13, 2021
The GIST: The 2021 Drivers’ World Championship came down to the final lap and ended with a controversial first-ever title for Red Bull’s Max Verstappen.
Sports NewsMotorsports 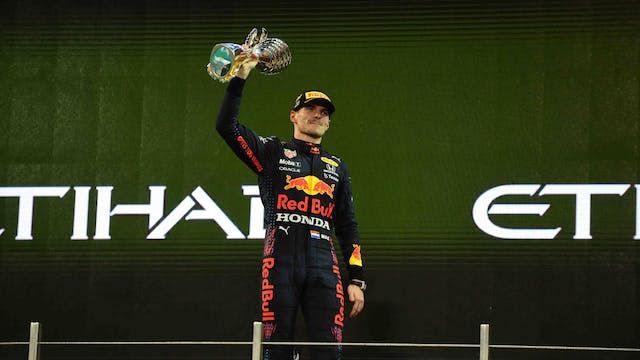 The GIST: The 2021 Drivers’ World Championship came down to the final lap and ended with a controversial first-ever title for Red Bull’s Max Verstappen.

The race: Mercedes’ Lewis Hamilton was poised to claim a record-breaking eighth world title…until a Williams’ Nicholas Latifi crash resulted in a safety car on the 53rd lap (of 58).

The bigger picture: Zooming out, Verstappen and Hamilton both had incredible seasons. Verstappen’s victory made him the first Dutch driver to win an F1 World Championship and snapped Hamilton’s streak of four consecutive title victories. Can’t wait to relive all of it when Netflix’s Drive to Survive comes out early next year.