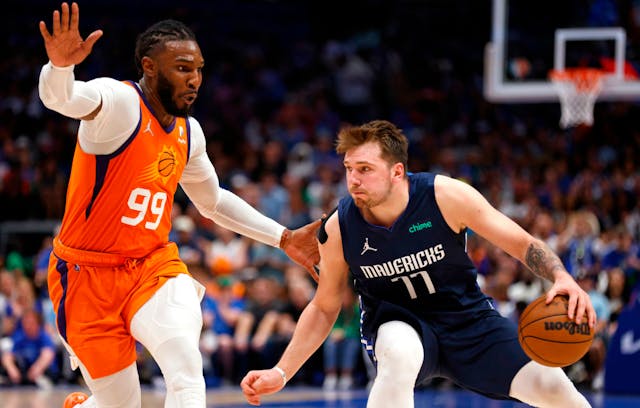 The GIST: Grab your balloons and streamers because the NBA is proving four really is a party with a thrilling Game 4 doubleheader behind us and more pivotal action on deck tonight.

Yesterday’s games: Sunday brought two stunners, with a pair of squads evening their series at two games apiece. First, despite a game-high 35 points from Phoenix’s Devin Booker, the Western Conference No. 4 Dallas Mavericks notched a 111–101 home win over the top-seeded Suns. Page = turned.