July 27, 2021
The GIST: Day 5 was jam-packed with star power, but it wasn’t all golden for the girls.
Sports NewsOlympic SportsGymnasticsTennis 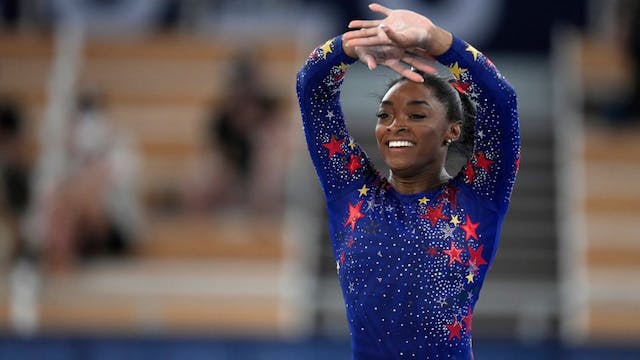 🤸‍♀️Simone Biles: The gymnastic GOAT had a shaky start to the women’s team final today, lowering her difficulty on the vault before leaving the arena with a trainer.

🎾Naomi Osaka: The Olympic cauldron lighter will leave her home Games without a medal. World No. 2 Osaka was eliminated overnight by No. 42 Markéta Vondroušová (pronounced von-DROH-soh-vah) in the third round. Here for a good time...not for a long time?