January 04, 2021
The GIST: Yesterday was a wild day of football. And now, with the NFL regular season over, the postseason stage is set and teams like the usually pitiful Cleveland Browns and Buffalo Bills are moving on. 2021, we dig you already.
Sports NewsFootball 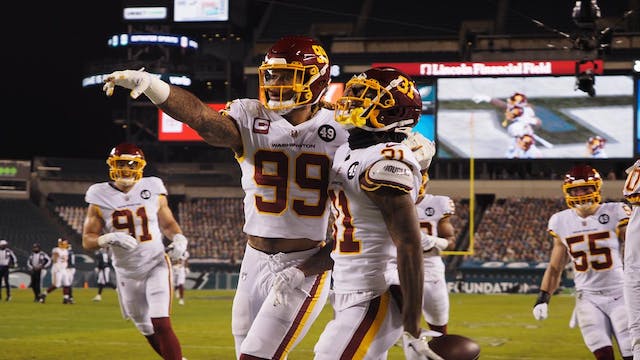 The Browns and Bills: Not to be blunt, but these two teams have been the laughing stock of the NFL for a long time. However, now that they’ve been replaced by the New York Jets and Jacksonville Jaguars, things are looking up as we head into Wild Card weekend (aka the first of four playoff rounds).

Wild thing: Other teams moving on to the postseason include the Baltimore Ravens, who clinched with a laughable win over the Cincinnati Bengals, and the Tennessee Titans, who won the AFC South by a single, almost missed, field goal.

Bye-bye Miss American Pie: Finishing first in the conference doesn’t just get you bragging rights — it means a first round bye, too. The Kansas City Chiefs locked up the AFC’s top spot ages ago, and with a win over the Chicago Bears yesterday, the Green Bay Packers claimed the NFC’s No. 1 seed. Let the games begin.