September 12, 2022
Pass the buffalo chicken dip because the NFL is back, baby. Slide headfirst into a few of the highs and lows from an eventful Week 1 slate.
Sports NewsFootball 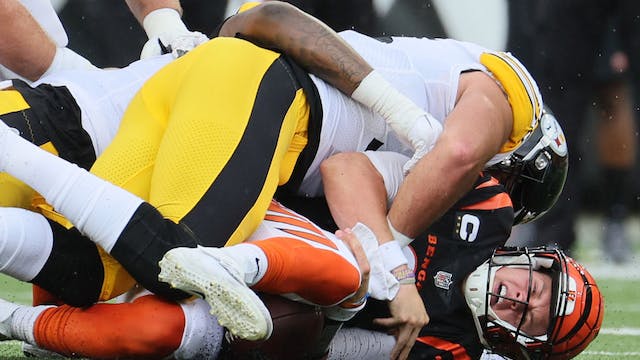 The GIST: Pass the buffalo chicken dip because the NFL is back, baby. Slide headfirst into a few of the highs and lows from an eventful Week 1 slate.

Switching positions: Kansas City Chiefs safety Justin Reid was the epitome of “get you a player who can do both,” filling in for injured kicker Harrison Butker and nailing this extra point in yesterday’s 44–21 rout of the Arizona Cardinals.

Patiently waiting: It took three quarters, but Tampa Bays Buccaneers QB Tom Brady finally threw his first TD of the season, connecting with WR Mike Evans in their 19–3 win against the Dallas Cowboys. Just shaking the rust off, perhaps.

Looking ahead: There’s still one more Week 1 tilt on deck, and it’s a good one. QB Russell Wilson will make his Denver Broncos debut tonight at 8:15 p.m. ET, taking on his old squad, the Seattle Seahawks. Let’s see if Russ is ready to level up.