September 10, 2020
U.S. Open Semifinal matches are upon us, and we have our fingers crossed for a rematch between Naomi Osaka and Serena Williams in Saturday's final.
Sports NewsTennis 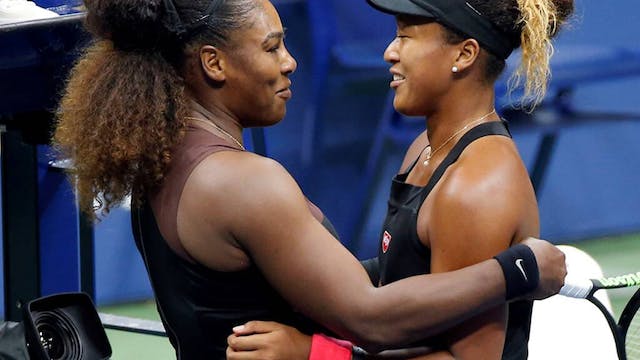 The GIST: The U.S. Open has long been at the forefront of equality in tennis, and this year’s tournament definitely belongs to the women.

Why’s that?: Two of the biggest names in the game, Japan’s Naomi Osaka and America’s Serena Williams, are once again on opposite sides of the draw heading into the semifinals. They’ve given us some wildly entertaining matches so far, and if both win today, they’ll meet in Saturday’s final, in a rematch of one of the most infamous showdowns in tennis history.

What’s the likelihood of this rematch?: No. 4 seed Osaka has dropped just two sets in five matches and made it to the final of the 2020 Cincinnati Open, but this is the farthest she’s come in a Grand Slam since her 2019 Aussie win.

And what about the men’s side?: Okay, fine, the guys are playing, too. And thanks to the last remaining Grand Slam winner in the field, Novak Djokovic (pronounced JOKE-OH-VITCH), defaulting out of the tournament after hitting a line judge with a ball (he is so drama), we’re guaranteed to see a new winner this year, with each of the four semifinalists looking for their first major win. Fun!