New Proposed Tennis Players Union Does Not Include Women

August 31, 2020
The U.S. Open is upon us, and as if the road to the tennis Grand Slam event wasn’t rocky enough, a few men’s players are bringing an extra dose of drama to the tournament.
Sports NewsTennis 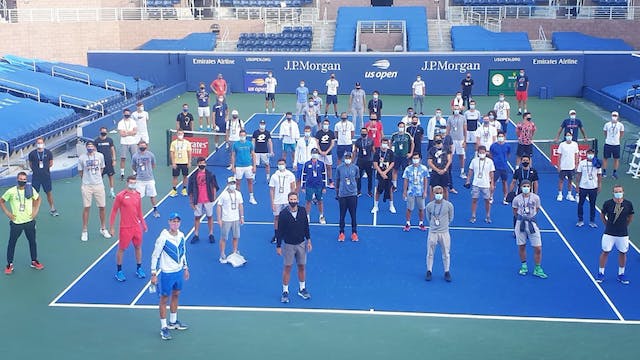 The GIST: The U.S. Open is upon us, and as if the road to the tennis Grand Slam event wasn’t rocky enough, a few men’s players are bringing an extra dose of drama to the tournament.

Classic. What’s up?: World No. 1 Novak Djokovic (pronounced JOKE-OH-VITCH), American John Isner and Canadian Vasek Pospisil — all recently resigned ATP Player Council members who have been disheartened by the ATP’s response to the COVID-19 pandemic (ironic) — are leading the charge on a new proposed players union, called the Professional Tennis Players Association (PTPA).

And this is a good thing?: Yes and no. While it is admirable to see these players unite to improve their conditions and wages, there are some glaring issues. For starters, the PTPA does not include women. Like, not one. And though they clarified that there is “active dialogue with the women’s side,” they still went ahead without them. Novak, why are you being such a skeez?

Okay, so what about the U.S. Open?: Right! Djokovic is the heavy favorite to win on the men’s side. The women’s side, however, is wide open. Serena Williams is playing for her historic 24th Grand Slam win, top seeded Karolína Plíšková is looking for her first-ever Grand Slam title and Aussie Open champ Sofia Kenin wants her second of the year. Unfortunately, 2018 champ Naomi Osaka’s run for a third Grand Slam could be in jeopardy due to a hamstring injury.