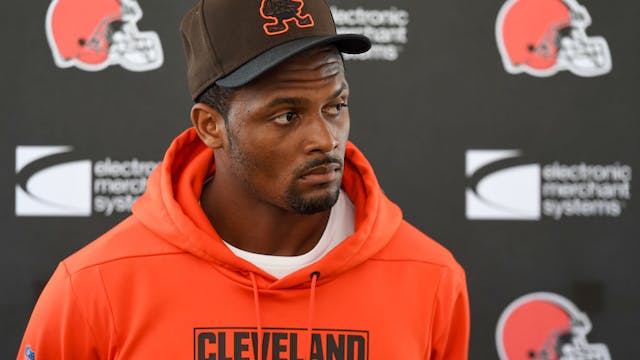 The context: Following the NFL’s investigation into Watson’s behavior, independent Disciplinary Officer Judge Sue L. Robinson handed the QB a six-game suspension (and notably levied no fine against him) earlier this month.

The settlement: Instead, Watson and the league reached a settlement yesterday, prior to Harvey’s ruling, in which the QB will serve an 11-game suspension (out of 17 regular season games), undergo a professional evaluation and treatment plan and pay a $5M fine, the largest player fine in NFL history.

The bigger picture: Many *raises hand* were dismayed by the league once again failing when it comes to cases involving violence against women. And this example is particularly infuriating considering Watson continues to show zero remorse, saying yesterday, “I’ve always been able to stand on my innocence.”