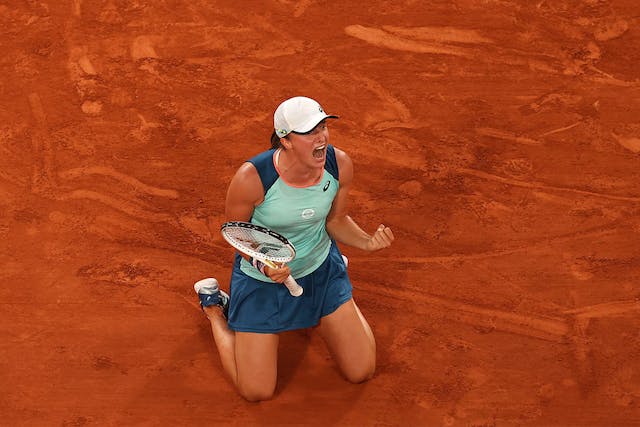 The GIST: Two of tennis’ best shined brightest in the City of Lights, with women’s No. 1 Iga Świątek and men’s No. 4 Rafael Nadal turning in historic finals performances to round out an epic two weeks at Roland-Garros.

Women’s: It was a similar story of dominance in the women’s draw as Świątek topped No. 18 seed Coco Gauff in straight sets on Saturday to win her second French Open trophy and her 35th straight match, tying Venus Williams for the longest win streak on the WTA tour this century. Damn.