The roads to the men's and women's College Cups continue 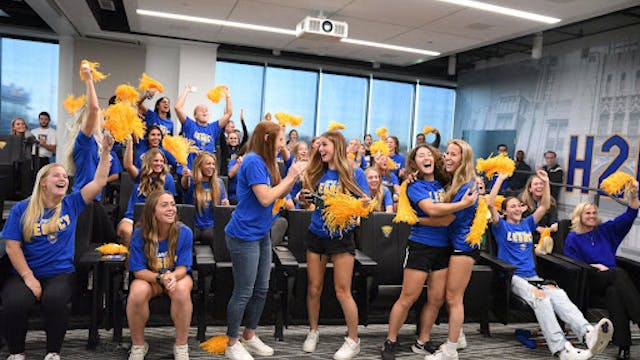 The GIST: The roads to the men’s and women’s College Cups continue. The NCAA selection committee revealed the 64-team women’s bracket on Monday, and most men’s conference semifinals kick off today. Here’s who claimed or is still hunting for that postseason spot.

The gals: Monday afternoon brought cheers and relief for the 33 at-large squads selected to join the 31 automatic qualifiers in the Women’s College Cup. Defending champs Florida State snagged the No. 1 overall national seed, their fifth-straight No. 1 seed and their 23rd straight trip to the tourney. It’s a ’Noles world.

The field: Alabama, UCLA and Notre Dame grabbed the other No. 1 seeds, a slight surprise considering all three failed to win their conferences’ automatic bids. The ACC and SEC lead the Power Five with 10 and nine teams, respectively, on the chart, the Pac-12 and Big Ten each have five squads, and the Big 12 netted three natty contenders.

The action: The path to Cary, NC, begins this weekend, with first-round play slated for Friday through Sunday. Some of the best matches to watch? Friday’s intrastate battle between No. 7–seed Texas and Texas A&M and Saturday’s pairings of No. 3–seed South Carolina vs. Wake Forest and No. 8–seed Santa Clara vs. Cal.

The fellas: This weekend, 23 conferences will crown their men’s soccer champs, handing them bids to the College Cup along with their hardware. But first, teams will square off in today’s semis. In the ACC, No. 11 Virginia faces No. 3 Syracuse at 5 p.m. ET, while top-seed-upsetter No. 18 Clemson will battle No. 20 Wake Forest at 7 p.m. ET.