Serena Wiliams takes down world No. 2 Anett Kontaveit to reach third round of US Open 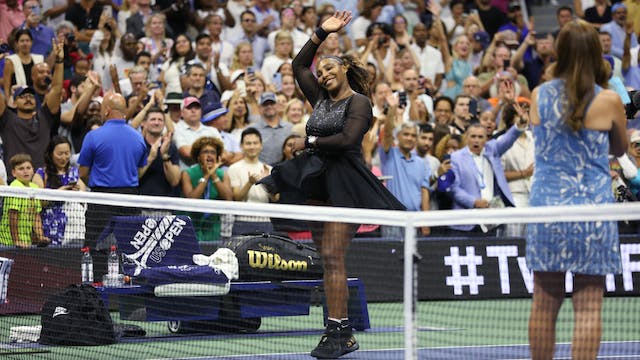 The GIST: Cancel your career tributes and your Friday night plans. As mentioned, Serena Williams is through to the US Open third round after topping world No. 2 Anett Kontaveit in three epic sets. We are witnessing greatness.

The impact: From record-setting crowds (featuring plenty of celebs) to massive spikes in TV viewership to utterly dominating the Twitter-sphere, the Serena Effect is real, and it’s only building as her magical run continues. As it should.

Third round preview: Serena's journey continues tonight at 7 p.m. ET, when she’ll face Australian Ajla Tomljanovic. Tomljanovic’s had a similar path to the third round — she took care of first round business in two sets before grinding out a hard-fought three-set win on Wednesday.

Elsewhere: Canadians Leylah Annie Fernandez and Félix Auger-Aliassime were eliminated in Wednesday’s second round action, but world No. 48 Bianca Andreescu, No. 106 Rebecca Marino and No. 21 Denis Shapovalov have all advanced to the third round.