July 12, 2021
The GIST: Of all of the exciting sports finals over the weekend, only one made San Antonio Spurs star Patty Mills and our entire GIST team tear up: Ashleigh Barty’s hard-fought Wimbledon win.
Sports NewsTennis 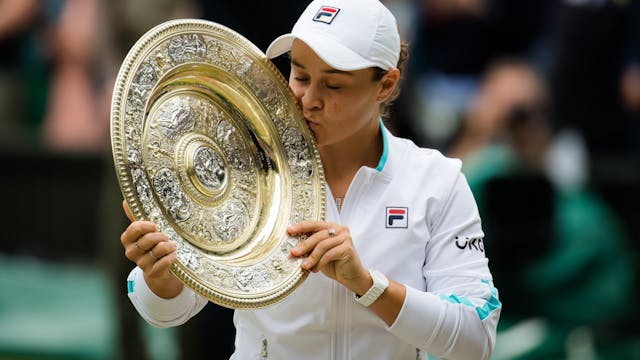 Men’s singles: It wasn’t all sunshine and rainbows for Italy yesterday. Before the Euro final, Italian Matteo Berrettini lost the men’s final in four sets to world No. 1 Novak Djokovic, who recorded his 20th career Grand Slam.

Next up: The end of Wimbledon marks the end of grass court season. Most stars will begin prepping for the Olympics, while the rest of the tour moves stateside for August’s North American tournaments ahead of the final major of the year, the U.S. Open.